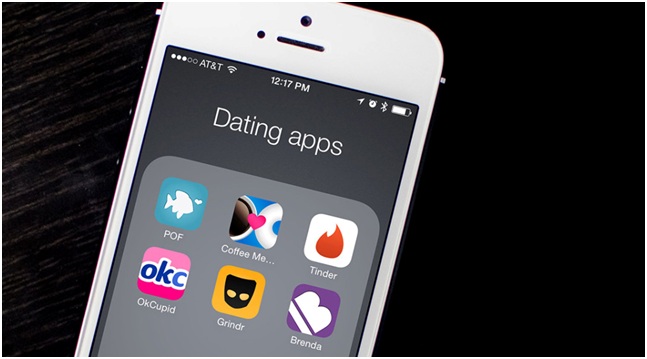 The last decade can be called the era of online dating for sure. The number of apps people use to meet their love via the Internet has grown drastically, and it’s yet to stop increasing. Such platforms have become one of the standard apps everyone has on their phones, and if in the past, it was your guilty pleasure to use a dating app, today, people talk openly about them. They are now considered completely normal, and the next difficulty that appears before those who decide to use dating platform is the huge variety of such services. When it seems that there are too many of them just to pick a single one, we have come to help you in making this decision. Here you have the list of the best dating apps for the iPhone users.

In addition to the number of potential partners, users are increasingly worried about the quality of the base for finding life partners. This led to the emergence of exclusive dating clubs. For example, seniors who are seeking partners planning vacations for singles over 60 do not want to worry about whether their potential companion is normal or inadequate.

The creators of HighBlood went even further. They urge to abandon political correctness and do not allow “migrants,” “servants,” and “freaks” to dating services. The moderation of profiles here was entrusted to the users themselves: at least three out of five people must approve your account before it’s registered. An alternative is to pay $72.

Similar principles – albeit in a less radical form – are followed by application developers from the “only for” category. As criteria, they use race, nationality, religion, occupation, appearance, age, or gender of users. So, the BlackPeopleMeet service is focused exclusively on black users, ChnLove – on Chinese women, JSwipe – on Jewish singles, and ChristianMingle – on Christians. At Raya, they only accept creative professors who have distinguished themselves by their Instagram portfolio, and at UniformDating, military, police, nurses, stewardesses, and everyone with uniforms.

The Bro App has been established by men who want to enter into a “bromantic” relationship, and Bristlr and Spex register bearded men and those who wear glasses. SeniorD is positioned as a haven for retirees.

New solutions also appear for those who do not have such strict requirements for partners but do not have enough time to study many questionnaires. Here, online matchmakers come to the rescue – applications where there is no access to search, and the selection of candidates is carried out by an algorithm or specially hired employees.

The creators of the Eve app also took care that women did not waste time on hopeless communication. They developed a system of protection against virtual womanizers – the more profiles men approve of, the lower their public rating will go.

The British writer Shed Simov, on the contrary, came to rescue men. He launched the Shinder application, in which you can only get acquainted with him. The site emphasizes that the creator is a committed heterosexual. And although the service was originally positioned as a parody of Tinder, now Simov is looking for partners to develop a platform that will allow you to easily create applications named after yourself.

However, new startups were not limited to just manipulating the database for dating. To save users time, some of them have disabled chats. They were replaced by calendars. So, Whim requires you to immediately indicate when the user would like to go on a date with an attractive candidate. And in Dine, the emphasis is on the venue – each profile contains a list of bars, cafes, and restaurants that are of interest to the partner.

The developers also took care of the newcomers to online dating, who find it easier to turn off the phone and pretend to be dead than to reply to a message from a stranger who liked them. Virtual advisers help them overcome stupor and sort out relationships.

So, the He Texted platform is aimed at girls who want to learn how to react to guys who are interested in them and what their behavior can lead to. The questions are answered by the users themselves.

For men, a more professional Hermes has been launched. For $ 79, customers get three hours of communication with experts on self-development and relationship building. Specialists can be asked to help return the ex, get out of the friend zone (the girl’s desire to remain friends), or draw up a profile for a dating site. Real-time correspondence tracking is also among the services.

Dating apps of the new era serve you features to every taste. Hopefully, you will find the one that suits your preferences.